What are the best career tips for freshers?

During the days I slaved away at Morgan Stanley, I had a colleague who was a very highly-respected market analyst.........

What are the best career tips for freshers?

During the days I slaved away at Morgan Stanley, I had a colleague who was a very highly-respected market analyst.

I never quite understood what he was saying in our team meetings - it was all way over my head which was fine because I was a CMBS research specialist and he was a macro generalist.

In one of these meetings where he again said something that didn't make sense to me, I pulled him to the side and asked him to explain so I could learn a thing or two. It turned out that he had confused some fairly basic concepts, which really surprised me.

After a few weeks of listening to him carefully, I realised that his reputation as a research analyst was built not so much on what he said, rather on the extreme confidence with which he delivered his messages.

And that taught me the importance of delivery, something I lacked as a nerdy introvert - addressing it significantly propelled my career.

Now, let's fast forward to today. The new British Prime Minister, Liz Truss, and her Chancellor, Kwasi Kwarteng, have just unleashed one of the most radical budgets in British history - tax cuts for the wealthy, despite mounting debt and slow growth, funded by further borrowing - Keynes on steroids.

The pair have been lambasted by the media, the pound crashed, the Bank of England intervened in the bond markets due to a capitulation of long-dated gilts threatening pension funds and mortgages, the IMF issued a veiled warning, and there's talk of us heading towards the first ever economic crisis in Britain caused by a budget.

Yet Kwarteng is no economics lightweight. He read classics and history at Cambridge, achieving a first, became a Kennedy Scholar at Harvard, and then attained a PhD in economic history from Cambridge. How many of these doomsters know more about economics than him? 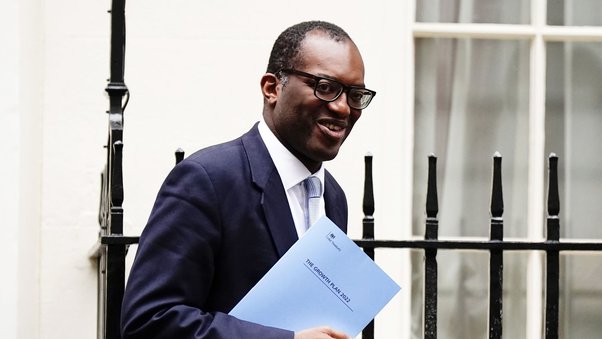 So why the panic? Because of the WAY the message was delivered. Both Truss and Kwarteng went into hiding for a week straight after the mini-budget and when Truss emerged she gave a series of car crash interviews where she came across as a complete airhead.

Had she immediately addressed concerns, spoken in interviews with a bit of gravitas, thrown in a few difficult-to-understand economic terms which would have thrown off her interviewers and given us some hope she might know something we don't, and then pushed Kwarteng to explain the economic theories behind the policies, the markets would have reacted VERY differently.

Listen, in politics, and in your career (which will have its fair share of politics), how you say things is as important as what you say and what you do. You have to say things with confidence, because if you don't have confidence in what you say, why should anyone else?

Prima Weight Loss Pills UK - Everything To Know About It