What happens if you take life seriously all the time and never take the time to enjoy it?

You know what they say. “All work and no play makes Jack a dull boy.”

With all due respect to Matthew Gordon and his introspective answer, I don’t think he quite understood the question. Speaking as someone who was raised by a a narcissist, I know all too well the feeling of

For a few years there I was the kind of person you’d see glancing at his watch whilst in the middle of a fun activity. I kept stringent daily to-do lists and stuck to them religiously. Fun and frivolity were things I penciled into the margins. They were scheduled, not spontaneous, which is exactly the opposite of the way fun is supposed to be.

I took life way too seriously, in other words.

This was actually a major source of friction between my wife and me. If my wife ever gets on Quora (highly unlikely), ask her about the early days of our marriage. She used to walk up behind me when I was on my computer and fling her arms around me and whisper into my ear or kiss the top of my head. She doesn’t do that anymore. One too many times, I snapped at her for “interrupting” me. Even if I wasn’t doing something particularly important at the time, I resented her breaking my concentration. I actually thought it was rude and inconsiderate.

I’d give anything for her to start doing it again. But she probably never will.

Why did I do this? What kind of person is impatient to finish a game of minigolf or lunch with a friend because they have to get back to their to-do list? What kind of man snaps at his loved ones for showing him affection? Why do people insist on viewing life as some sort of contest?

I’m only just beginning to understand, and I can only speak for myself. But here is the reason why I, and a great many other people, took life too seriously:

Fundamentally, it was all about insecurity.

I thought I was behind in life. I viewed it as a competition. I was envious of others’ success. I wasn’t happy with where I was or what I was doing. I thought I should be doing better. Always better.

But I’m not God. I couldn’t just snap my fingers and say, “Improve, life.” So I did the only thing I could do under the circumstances, the only thing in my power: I set brutally high standards for myself, focused on some unrealistic goals, and drove myself mercilessly. (Hence the to-do lists.) I figured any kind of progress toward my dream was better than no progress at all. I could look myself in the mirror as long as I was ticking boxes off my to-do list daily. At the very least, I figured, I’d stop feeling inferior to my friends and former classmates. Feeling like I was behind.

But you know what? I never did.

And in the meantime, the consequences of viewing life as a competition—of taking my life way too seriously—were dire.

Taking life too seriously is a form of self-delusion. The number of things which you control is ludicrously small, and you are bound to suffer disappointments and setbacks. If you take life too seriously, these disappointments and setbacks will be all the harder to handle. You will also be constantly stressed and distracted, instead of being relaxed and present and mindful, and your physical and mental health will suffer as a result. Your social life may also take a digger, as you push friends and family away. You may eventually lose the ability to joke, laugh, have fun, or enjoy life, period. And that’s not good, amigo. That’s how we wind up with suicides, axe murderers, and mass shooters. Human beings love to share, whether it be their happiness or their misery. It’s just a question of what we have more of. 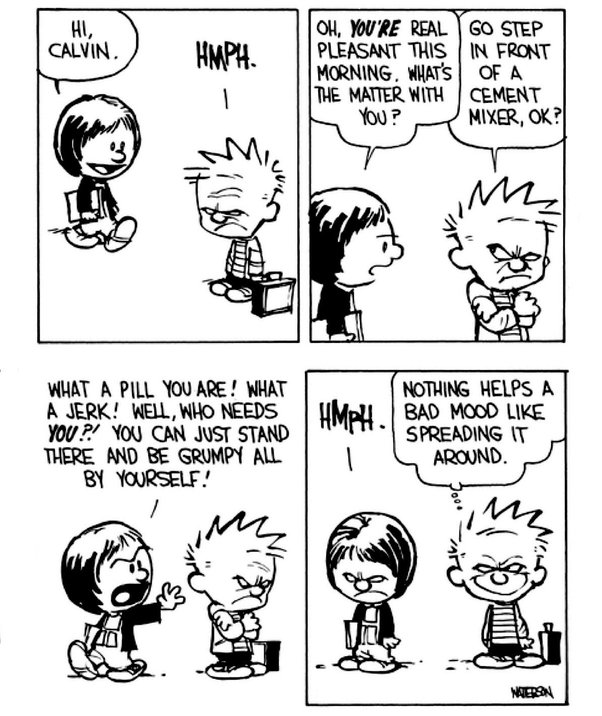 Whatever it is you’re stressing about, whatever’s driving you, whatever hill you’re climbing or cross you’re bearing, take a break from it. Erase it from your mind. Forget about it. Just for a little while. It’s controlling you, and you need to practice controlling it for a change. Start small—five minutes. Take five goddamn minutes, grab a beverage, sit down, and clear your mind. Don’t think, don’t move. Just be. When the five minutes is up you can get up and hustle all you want. Next time, try ten minutes. Do something completely stupid, pointless, and fun. Stop thinking that the fate of your world hinges on the outcome of the next hour and relax. Next time, do thirty minutes. Eventually you’ll work your way up to an hour, and then two hours—enough for a pickup basketball game with the boys or a trip to the arcade with your kids or a movie with your spouse. Then you’ll work your way up to a full day or even a weekend, enough for a Sunday drive or a camping trip.

And after that, who knows? Your relaxed state of mind may just become permanent if you work hard enough at it.

The keys to not taking life so seriously, in my opinion, are getting out of your own head (quit comparing yourself to others, putting yourself down, Monday-morning quarterbacking, etc.) and stopping to smell the roses. Appreciating life’s little joys and beauties. Readjusting your perspective. Consciously taking the time to just…exist. You’re not a slave. Stop driving yourself like one. Stop acting like every little thing matters. Five years from now, you won’t remember a single thing you did today, nor a single word of the answer I’m writing now.

So why get uptight about it?